The Bibulous Bibliobiuli is participating in a ‘Hachette India Blog Tour’  for ‘You’ve Got the Wrong Girl’ by Sreemoyee Piu Kundu. As a part of this wonderful tour, this blog will post a review of the book on 1st April 2016.

In addition, I have a fun giveaway for you which is organized by Hachette India.  So, check out Sreemoyee’s book, participate in this wonderful giveaway contest, and be on the lookout for my review on 1st April 2016.

On a sultry night, on a deserted lawn overlooking a moonlit Taj Mahal, two strangers make passionate love and promise never to meet again. But promises are meant to be broken, right? This is the story of Dushyant Singh Rathore, the 30-something bestselling author of Kinda Cliched, a blockbuster romance novel based on his one night of bliss with a girl whose name he does not know. Under pressure to produce a money-spinning sequel – from his obsessive fans, his hit-seeking publisher, his pushy agent and a skeptical journalist ready to expose the true story angle as a marketing gimmick – he sets off, three years on, to find the elusive girl whom he had promised never to seek out. When his quest, many twists and turns later, leads him to the unlikeliest of places and the strangest of characters, Dushyant discovers there’s a little more to his search than he had anticipated. Will Dushyant discover his mystery woman? What if the wrong girl was really always the right one for him? Will he get a second chance? Delightful, unconventional, heart-warming, You’ve Got the Wrong Girl is about one man’s journey to discover his heart and the supremely unpredictable nature of love. 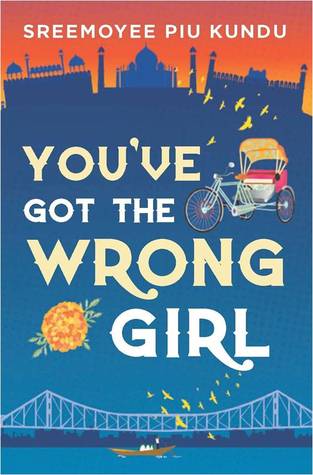 Read the guidelines given below and enter the giveaway by clicking the link after that for a chance to win a copy of ‘You’ve Got the Wrong Girl’ by Sreemoyee Piu Kundu and one more exciting title listed below:

Click on the following link to enter the giveaway

13 thoughts on “Book Giveaway: “You’ve Got the Wrong Girl” by Sreemoyee Piu Kundu”